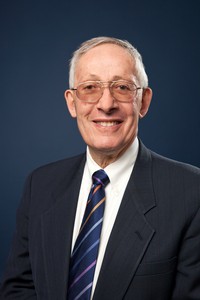 Rich Hofeld and his family have lived in Homewood since 1970. He has served as your Village President since 1997, during which time he has spearheaded exciting business and other development projects throughout the Village, creating a climate of economic growth. He was twice named “Municipal Leader of the Year” by the Chicago Southland Convention and Visitors Bureau (in 2004 and 2014), and has served as the 2011-2012 President of the South Suburban Mayors and Managers Association (SSMMA).

New restaurants abound, including Portillo's, La Voute, Chipotle, Blueberry Hill, Grady's Grille, Buffalo Wild Wings, The Cottage on Dixie, Twisted Q Barbeque, Burrito Express, Coldstone, Asian Harbor, Eat Rice, Panda Express, Culvers, Chili’s, Potbelly, Krispy Kreme, Panera Bread, Redbird Cafe, and Be Free Juice Bar & More. The Kirschner Vision Center and Suzie’s Hallmark have replaced two eyesore gas stations. Eight new tax-producing businesses are now in the Prairie Lakes Business Park. CN has established their U.S. headquarters in Homewood and recently constructed a state-of-the-art training center here. When many auto dealerships were closing, he successfully led negotiations that allowed Chevrolet of Homewood to remain open and a viable dealership. The construction of the La Banque, a boutique hotel on the site of a former bank and the adjacent "green space" Martin Avenue Square breathe new life into our downtown. New TIF Districts were created to renovate two deteriorating business areas; Southgate and 183rd and Harwood. Over the past 20 years, the existing TIF areas have returned over 50 million dollars in surplus funds to local taxing bodies, indicating responsible management and leadership in this crucial area. Rich has successfully lobbied for, and Homewood has received, more than two million dollars in State of Illinois grants for infrastructure improvements. He has overseen a decrease in the Village tax rate for residents and businesses. The Village's outstanding debt is near zero.

His leadership has brought about the preservation and rehabilitation of the Village Hall, as well as the construction of the Linden/Gladville storm sewer system and the Merchants Park retention basin to bring flood relief to the Central Homewood and Downey Manor areas. The Storm Water Resource Committee was formed to address local flooding concerns and has implemented solutions. The Seniors Advisory Committee was formed and taxi subsidies, to meet the transportation needs of seniors, and the Senior Identification bracelet program were instituted at his urging. Also, the Heritage Committee was formed to instill additional community pride, and the Veterans Committee was established to acknowledge the contributions of current and former service men and women. The Tree Committee has been involved in Village-wide reforestation and "Green Thumb" activities and the Rail Committee has developed our Rail Park and Rail Watching Platform with funds obtained through Rich’s efforts.

Rich established office hours on Saturday mornings at the Village Hall, where he is readily accessible to all residents and business persons. He has promoted open communications through the televising of Board meetings, hosting “Here’s Homewood” and by his active participation in community events, particularly neighborhood block parties.

He has served as a member of Homewood’s Civil Service Commission, Plan Commission, a Village Trustee, and is the Ex-officio Board Liaison to the Ethics Commission. He currently serves as the Liquor Commissioner and is a member of the Board of Local Improvements. His community activities include having served as Cub Scout leader, Homewood coordinator for the American Cancer Society, a member of the local United Way Board and a member of the B’ nai B’rith Board. He is also a member of the Homewood Izaak Walton Preserve, American Legion, Jewish War Veterans, AARP, and he belongs to the Nature Conservancy and the National Wildlife Federation.

Throughout his tenure as Village President, Rich has donated his Village salary to religious and community organizations serving Homewood.