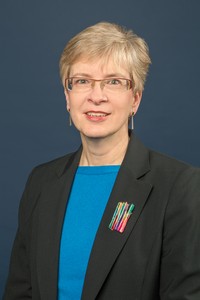 Her career has focused on journalism and public relations. After graduating from the University of Illinois at Chicago, she was a reporter for the Hammond Times (now the Northwest Indiana Times). She then accepted a position in the Public Relations Office at Governors State University and later became director of public relations at The John Marshall Law School in Chicago.

Today she volunteers as a writer and editor for the Homewood-Flossmoor Chronicle and is an active member at St. Joseph Church.